Following updates have been released on Olympus today:

FIRRSSTT! Thank you sooo much love these fixes
The_Surge
Olympus Mod
Since 12/01/18 - To Present
​

You forgot to turn off /top in the volcano and keep inventory is still on. Thank you for the updates though. 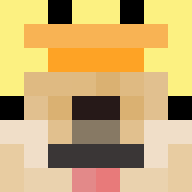 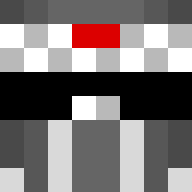 Dacon said:
Following updates have been released on Olympus today:

Click to expand...
Dacon you forgot to ban elytra from the parkour rebirth people are abusing it

@ me ping me when you wanna reach me

shaggyslim said:
You forgot to turn off /top in the volcano and keep inventory is still on. Thank you for the updates though.
Click to expand...
Keep inventory will stay on until another issue is addressed. Thanks for informing us about /top again.
sil#0001
​

InfinityxKatrina said:
I assume they will remain if you've already completed them (feel free to correct me if needed @oly staff)
Click to expand...
To confirm your assumption, they do remain. I am rebirth 13 and they stayed for me.

Um, something broke on Trials again. You helped once when I was stuck on wave 4. But now I beat the boss and didn't get sent out of the arena. Screenshot attached of what my screen was. Similar to if beating Zulrah from an egg.

I have since left due to mana pond starting. And the win was not recorded.

Thanks for fixing all these bugs, @Dacon. However, you still can't sell gold blocks while God rank.

Hey Dacon. I like the updates you've made to Olympus.

In regards to custom enchants, 75% of them don't actually work or give any perks in PvP.

For example, Acid Rain and Stormcaller don't work on the Possidon Chestplate. Rage and Combo do not work at all. Flame Guard conflicts with fire protection on boots due to the fire protection timer resetting Flame Guard's ability. According to some players, some levels of Reforged does not work, although I have never ran into this problem personally.

Ice Aspect, Alpha and Viper all inflict the effects on yourself instead of others.

Combat tagging isn't enabled in Volcano and you can instantly tp out with /hades or teleport out with /top (Which has already been addressed by shaggyslim). Enderchest is enabled in volcano so you can store your items before you die. (/ec /enderchest, etc.)

A small thing that should be fixed is the Witch kit. The witch kit is not enabled on any of the trials servers and after rebirthing, we don't get access to that perk.

Also to clarify one of the rules regarding alternate accounts. As the rules have changed this season regarding plots, plot sharing and boosting. Does this restrict players to only having a maximum of 10 accounts on their plots? In a sense it is boosting as you're getting double, triple or even quadruple the amount of accounts on just because you made a deal to host alts. Due to this being indirectly boosting, I'm just curious if it's actually allowed or not.

Dragonfruit still do not give any players items.
You cannot autosell any items inside of the backpack.
There is no actual /warp PvP. Message pops up with "Invalid World."

Instead of disabling Ender Wands in PvP, you should make it have a longer cooldown in Volcano Mine, or at least disable teleporting to the ladders or the safe zone with them with World Guard.

The Ember Wand is very underwhelming, even when fighting Zulrah. The damage on it seems low compared to a lot of the season vault items. Since the Snowball blaster is in the same catagory, I'll just put it in this area. The snowball blaster, bluntly, sucks. Does 0 damage in PvP and has no use outside of it other than cosmetic purposes.

Add a potions shop similar to factions to Aether as the new volcano promotes lots of PvP.

Manapond should be shorter but have multiple sessions that players can access.

Enable a different /exchange menu for swords so players that do not have ranks can obtain swords that are on par with some season vault items.

Increasing the uses of Trench items as they are only 1000 blocks, not 1000 uses.